I gave birth to my first child in May 2015. Using the traditional craft of embroidery; stitches have formed footsteps, feelings, roads, my child’s birthplace and the journey of motherhood in the initial two months on her very first sleepsuit. Each footstep captures the emotions for the first two months from jubilation to exhaustion to a realisation that life will never be the same again.

This work is part of the ongoing series titled ‘The Motherhood Series’ in which I encapsulate my journey as a new mother with the addition of a new embroidered work annually using my daughter’s clothes as a canvas and starting point. 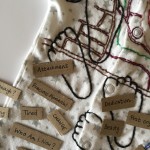 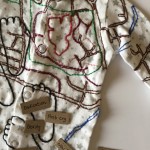 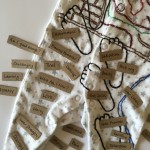 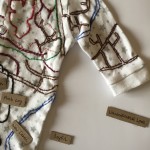 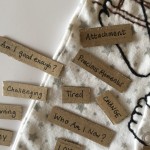