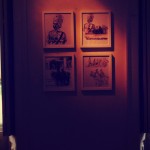 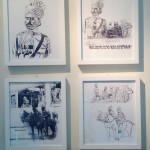 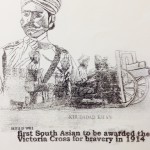 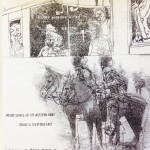 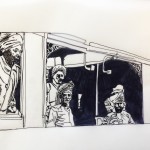 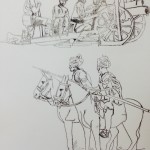 A sepoy was formerly the designation given to an Indian soldier. During World War I for the first time, Indian soldiers were fighting on European soil, playing a pivotal role in all of the major theatres of war on land, air and sea, alongside British troops. To mark and explore the centenary of World War 1 in 2014, using print, Ur-Rehman has created a series of works using her drawings and factual text quotes to explore the ‘sepoy’s’ role in World War I and the ‘Empire’s’ contribution to the war efforts.